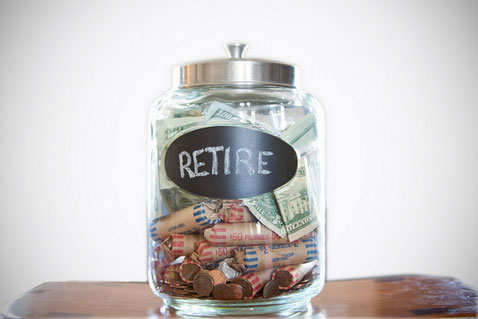 A few months ago I reported on a study showing that found people who get advice regarding their 401(k) plans are better savers.

Not only did they save more in their 401(k) plans, but they had a better idea of how much they should save before their last day of work, the Natixis study found. There was, however, one major hold-up: Many people surveyed said they did not seek financial advice when it comes to retirement savings. Most also did not use the tools and calculators offered by their plan providers.

Some of this is due to inertia. People love to procrastinate when it comes to financial decisions. But readers who weighed in suggested it’s also difficult to know where to start. Where should people go to get solid advice when it comes to their 401(k)s and other retirement accounts?

They’re probably not getting it at the office. For many people, a workplace retirement account will be the primary source of income once they are ready to stop working. But employers are not rushing to give workers financial advice. In fact, many would prefer to hand off those responsibilities to a third party as a way to limit their responsibility, says Mitch Tuchman, managing director of Rebalance, a company that manages retirement investments.

So where to go for advice?

Exhaust do-it-yourself options. Many 401(k) providers, such as Vanguard, Fidelity and T. Rowe Price, offer online tools that help people figure out just how much they’ll save at their current pace and if that will be enough. “The first step is just being aware that these things are available,” says Ed Farrington, executive vice president for retirement for Natixis. Vanguard, for instance, has a tool that estimates and compares how much income a person will need in retirement and how much income they’ll have after factoring in current savings, Social Security and any pension income that’s expected. (If there is a wide gap between the two figures, workers can get a sense of how much more they need to save.)

The company also offers a tool that shows people how much their money would grow if they increased their savings rate by one percentage point or two percentage points each year. These calculators can help people answer one basic question: Am I saving enough? And they may offer a wake-up call for those who haven’t paused to think about how much they’ll end up with later.

Savers can often connect with someone online or over the phone who can help them understand how a fund or investment option works, what the historical performance has been like and what fees are required. But some people may need more guidance when it comes to assessing their investment strategy and if they’re being too aggressive, or not aggressive enough, with their allocation.

Check out third-party services. When it comes to investing decisions, people who don’t have the time or the expertise to devise a strategy — and stick to it– often turn to options such as target-date funds, which adjust automatically and are designed to become more conservative as a person approaches retirement. But people who want a more personal approach, or who want to be more hands-on with their retirement account, can pay an investment advisory firm to come up with a target portfolio.

For a flat fee of a few hundred dollars, Smart401k will ask about goals, income and risk tolerance and then make an investment plan using the options available in the person’s retirement account. It’s up to the saver, however, to follow through and invest according to the plan. Financial Engines offers similar advice online at no cost for investors who want to handle their own investments, but will charge a fee to manage the money directly. Rebalance offers a service where it will manage investments for people who have at least $100,000 in an individual retirement account. (Financial Engines charges a fee ranging from 0.2 percent to 0.6 percent of assets invested to manage accounts. Rebalance charges a fee of 0.5 percent of assets.)

Some firms will offer quarterly reminders encouraging people to re-balance their accounts, or to make sure they’re sticking to the targets set. (After a run-up in the stock market, for instance, some people may find stocks are making up a bigger portion of their original portfolio than originally planned.)

These services can be more customized than what a person can get through a target-date fund. And because the firms receive a flat fee, they aren’t paid to recommend one fund over another. Often, the target portfolios, which can be crafted by a financial adviser or by computer software, are created based on low-cost index funds or exchange-traded funds.

Get face-to-face guidance. Of course, some people will get guidance from a pro, such as a financial adviser or a broker. But as our columnist Barry Ritholtz recently explained, the process of finding the right person requires people to assess not only their goals, but to suss out what standards apply to that professional. There are also differences in how these pros get paid. Registered investment advisers will generally charge a fee that amounts to a percentage of assets under management. Brokers will usually charge a commission.

Those differences may also lead to differences in what advice those pros offer — and that advice that may not always be in your best interest, he cautions. As with the search for any service, people should get recommendations from friends and colleagues. They should also check a person’s credentials, says Catherine McCabe, a senior managing director with TIAA-CREF. “You want to understand the advice that they’re offering and if it’s objective advice,” McCabe says, “so that you’re not being pushed into funds you don’t want to be pushed in to.”