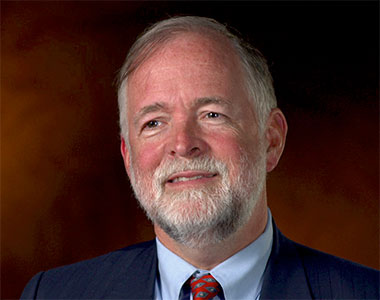 Jay Vivian knows how to help people retire with more. As the former Managing Director of IBM’s Retirement Funds, he oversaw over $100 billion in IBM investment funds for more than 300,000 employees worldwide. Analysts have praised IBM’s retirement options, often highlighting Mr. Vivian’s work as a model for money management. In 2006, Plan Sponsor magazine named IBM “Plan Sponsor of the Year.” In 2007, Treasury & Risk magazine showcased Mr. Vivian among the “100 Most Influential People in Finance.” In 2010, Plan Sponsor gave him its Lifetime Achievement Award.

Known in the industry as a relentless cost-cutter, his remarkable achievements are due in no small part to his dogged commitment to, and success in, lowering fees. To him, even a hundredth of a percent matters a great deal when it comes to your investments.

Further underscoring his retirement fund prowess, Mr. Vivian is the founding Chairman of the Investment Subcommittee of the Committee on Investment of Employee Benefit Assets, a $2 trillion fund trade group. Mr. Vivian is also on the Investment & Pension Subcommittee for the charity United Way Worldwide, and recently has been named to the Board of Directors of AIMCo, the $75 billion provincial pension fund for Alberta public employees.

Vivian has been quoted as an expert in The Wall Street Journal, USA Today, Plan Sponsor, MSN Money, Asset International Chief Investment Officer, Pensions & Investments, and Institutional Investor. He holds an A.B. in mathematics from Bowdoin College, an M.B.A. from Harvard Business School, and a CFA® Charter from the CFA Institute.

Given his wealth of knowledge and experience managing retirement assets, his skill in fine-tuning asset allocations, and his remarkable ability to reduce fees, it comes as no surprise that Jay is a member of our Investment Committee at Rebalance. After all, we would be hard-pressed to name anyone else with more insight and expertise in helping people retire with more.

Jay in the Press: