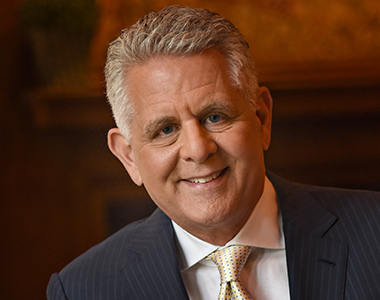 Mitch’s experience pioneering America’s first online investment advisory service helped him define and codify the investment needs of working Americans. He began his career at Atari and spent the first half of his career as a Silicon Valley software entrepreneur. He then entered investment management with Apex Capital, LLC where he oversaw a $200 million technology portfolio, co-managed its venture capital fund and served as director of four NASDAQ companies as an activist investor.

He soon noticed that the commission-based broker model pervasive in the financial services industry was the reason most investors were suffering from poor returns, and saw an opportunity to use technology to lower costs and emulate the best practices of sophisticated endowments such as Yale and Harvard. In 2008, he founded the first robo-investment firm, MarketRiders.

By 2012, Mitch was aware that robo-investing needed a “human touch,” and he partnered with Scott Puritz to form Rebalance. They recruited an all-star Investment Committee with some of the most globally-renowned economists, including Princeton Professor Burton Malkiel, Yale Professor Dr. Charles Ellis, also the former longtime chairman of the Yale University Endowment; and Jay Vivian, the former Managing Director of IBM’s $100+ billion retirement investment funds.

Mitch graduated from Boston University with a B.S. and earned his M.B.A. from Harvard Business School. He is a frequent guest on CNBC, PBS/Wealthtrack with Consuelo Mack, and CNN, and is regularly featured in major financial publications, including The New York Times and The Wall Street Journal.

He currently resides in Menlo Park, CA with his wife and three children, and is at the helm of Rebalance’s West Coast team.

Mitch in the Press: